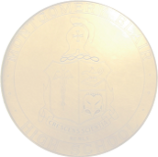 By the mid 1930's, the school was getting large enough that it was determined to split the junior and senior high schools, and a new high school was constructed "miles from anywhere." The high school moved, along with its seal, ring, song, traditions, and colors (red and white) in March 1935. The new school was named after Montgomery Blair, Abraham Lincoln's Postmaster General, lawyer for Dred Scott before the Supreme Court, and former Silver Spring resident.

After World War II, the population of suburban Maryland grew by leaps and bounds, and the school found itself by a growing downtown Silver Spring, instead of miles from anywhere. Its student population grew from 714 in 1946 to 1,323 five years later. The school expanded its campus over the next decades, and today it houses close to 3,000 students, the county's largest enrollment.

With the continuing expansion of the Silver Spring area in the 1990s, and the annexation of Prince George's County part of Takoma Park into Montgomery County, the Blair population reached well over 3,000 by the turn of the century. With this in mind, the County built a new Blair High School at the corner of Colesville Road and University Boulevard in the Four Corners area of Silver Spring. The school opened for the 1998-99 school year.

Sixty years by Sligo’s waters, beacon on the hill
Ever growing, moving upward, making progress still
Fine new programs, diverse students; time to move ahead
On to new heights at Four Corners with the white and red

(The middle verse, added in 2004, was written by teacher emeritus Norm Stant, Senior Class Advisor for over 30 years)